How to Drag Race Your Duramax Truck 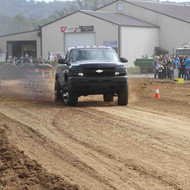 When the first Duramax-powered diesel trucks hit the streets 20 years ago, they set GM apart from the rest. Putting down 300 horsepower and 520 lb-ft of torque, the Duramax featured new tech for the light truck segment like a high-pressure common rail injection system and aluminum heads. Over the years, the Duramax and the vehicles it powers such as the 2500/3500 Sierra and Silverado have established themselves as capable work trucks and more recently, hot rods with enormous performance potential.

A common misconception is that tuning or modifying your truck costs 10’s of thousands of dollars and reduces fuel economy. While that is true if you are looking to push big numbers, 500 RWHP can be achieved with a $2,000-$3,000 budget courtesy of a tune and basic bolt-on modifications like an intake and exhaust. Staying within this level will provide more than enough power for most with little impact on reliability. Not to mention improved driveability and fuel economy.

With that said, let’s dive in and cover some common Duramax mods that can turn your rig into a pony-car killer along with the strengths and weaknesses of each Duramax generation.

The need for speed is as old as the motor vehicle itself although diesel engines are at an inherent disadvantage when compared to their gasoline-powered counterparts. Most notably, they are considerably heavier and not designed to operate at higher RPMs. However, diesel drag racing has become more popular since the early 2000’s with several national events catered towards trucks and/or having diesel-specific classes.

With that said, drag racing is usually defined as an eighth or quarter-mile. The eighth mile is better suited for diesel-powered trucks due to the gearing and the fact they make most of their power on the low end. Likewise, considering that many are 4WD, it provides a huge advantage off the line as you can launch with more boost albeit it saps more power once you are underway.

Why the Duramax? When it comes to racing, the Duramax has a reputation of being responsive to modifications and it can handle some serious abuse. While the LB7 and LLY have a reputation of being weak, namely in the form of bending rods, it should be noted this is not an issue unless you are pushing over 600 RWHP. Suffice to say, that is double the horsepower of a stock motor and it involves about $20,000 in modifications. If anything, being able to handle that level of power is a credit to how well the Duramax is designed.

With that said, the Duramax is a capable engine and 500 RWHP can be achieved with just a few thousand dollars in modifications. While that may not be enough for some, it is sufficient for most.

Before heading down the road to obtaining more power, the first step is “stage 0”. This is a must for an older truck, especially if you recently purchased it or are unsure of the service history. Basically, this is performing routine maintenance, changing filters and fluids, and making sure the fuel system, engine, and transmission are up to spec. In other words, having a good base to start with and then the fun can begin.

By far, a tune yields the best bang for the buck with an increase of 75-100 hp and 150 lb-ft of torque not being unreasonable. Likewise, supporting mods like an intake, a free-flowing 4” exhaust, a Y-bridge kit, and larger turbo intake tubing for the LBZ and earlier engines will yield bigger gains. However, an aftermarket lift pump is highly recommended and they can be had for less than $1,000.

With the above modifications, 500 RWHP is a reasonable figure and most of the components aside from a custom tune can be installed by a competent home mechanic.

Also, keep in mind this is the limit for the stock Allison transmission although the six-speed used in the LBZ is somewhat stronger than earlier versions. In addition, it was upgraded again with the LML. However, if you plan on pushing 500 rwhp on a consistent basis you should plan on spending between $4,000-$5,000 for an upgraded transmission.

This is where things start to get expensive with 550 RWHP generally regarded as the limit for the stock turbo and fuel system. Anything above this involves a bigger turbo, injectors, and a lift pump. Likewise, 600 RWHP is where the pistons and connecting rods become a liability.

When it comes time to see what your truck can do in stock form or how much of an improvement your custom tune made, there is no better place for this than your local drag strip. Likewise, many host local, regional, and national events with diesel and truck-only classes. Lastly, the majority of tracks have regular “test and tune” events that are open to all types of vehicles and they are perfect opportunities for playing around with settings or practicing your launches.

In addition, many Duramax owners compete in sled pulls. These events are popular at many local and state fairs and they usually have categories for street-driven vehicles. Below are some resources for finding your local track and a few diesel-related racing resources.

One of the largest diesel drag racing events in the country with a list of events: Diesel | Outlaw Diesel Super Series | United States (outlawdieselss.com)

For information about sled and tractor pulling: Home - NTPA Pull

When enjoying those gobs of whiplash-inducing torque, it should be noted there is a time and a place for it. As tempting as it may be, public streets and highways are not the places for racing your truck (or any vehicle for that matter). As such, please keep the need for speed confined to a local drag strip or other sanctioned events.

Although every Duramax has its strengths and weaknesses, the short answer is, all of them!

However, the LBZ is generally regarded as the best for performance applications since it was the last (and most powerful) pre-emissions motor. With that said, here are a few advantages and disadvantages of each Duramax generation.

While the LB7 and LLY are the weakest of the lot, (namely the connecting rods) they are still good for 550-600 rwhp. Likewise, they are pre-emissions motors, easy to modify, and by far the cheapest trucks of the group. As such, they are quite popular and perfect for someone looking to get into Duramax racing.

The LBZ, as mentioned above, is the most desirable courtesy of its upgraded internals, extra power, and it was not saddled with the emissions-control components that debuted on the LMM. However, if you are in the market for an LBZ keep in mind they sell for a premium. The LMM retained its predecessor’s upgrades although it suffered from poor fuel economy and reliability issues that are largely attributed to the particulate filter and regeneration.

The LML is often overlooked even though it was the strongest and most powerful Duramax to date. However, it is less responsive to modifications due to the added emissions control equipment and anything above 500 rwhp involves a common rail pump upgrade that will cost around $2,000-$3,000.

Lastly, there is the L5P which debuted in 2017. However, being fairly new and the fact many owners prefer to not void their warranties with performance mods, there is only limited information on the L5P’s potential. With that said, it is the most powerful Duramax to date and is regarded as being stronger than the LML. Likewise, it largely addressed the issues with the common rail pump and the emissions control equipment.

The Duramax has proven itself to be a workhorse with excellent potential. As a credit to its design, there is not a version that can be considered as bad. While the LBZ is the most coveted of them all due to its upgraded internals and it was the last pre-emissions motor, the LB7 and LLY are capable platforms that can handle 550 to 600 hp with ease. Either way, more than enough power for most and reaching levels beyond that involves spending well over $10,000.

When it comes to power, the Duramax responds well to modifications and 500 hp can be had for a $2,000 budget. Easily tuned and arguably overbuilt, there is a reason why the Duramax is one of the most popular diesels when it comes to performance applications and Merchant Automotive is the clear option for all your Duramax drag racing needs. Whether it’s an exhaust and intake, or a full common rail upgrade; Merchant is the first and last place you’ll need to shop.

We’ve made Duramax and Allison transmissions our passion for over 20 years, and there isn’t a shop on the planet with more in-house expertise than Merchant Automotive.

When you’re ready to start making some real horsepower, we’re ready to help get you there. 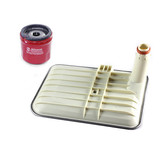 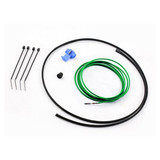