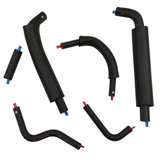 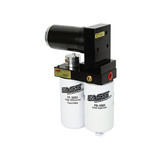 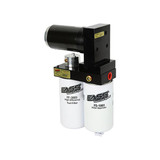 One of the most important systems of your Duramax truck is going to be the fuel system. After all, it is responsible for holding, filtering, and delivering diesel fuel to your Duramax. When one of the many components in your fuel system fails, it can cause a no-start condition and even a safety hazard. Merchant Automotive is going to have everything you need to fix, replace, or restore your Duramax fuel system components.

Your Duramax fuel system is going to be composed of many different components that work together to deliver fuel to your engine. This will include your fuel tank, fuel lines, fuel filter, injector pumps, injectors, and injector lines. Your fuel system should be properly maintained to ensure that your fuel system stays clean, performs at its best, and keeps your engine properly fueled. This includes changing your fuel filter on time and adding a high quality fuel additive, such as our MA Additive, every 3,000 to 5,000 miles. You will also want to visually inspect all of your fuel system lines and components for leaks or signs of wear to get them replaced before the damage becomes worse. A fuel leak or damage in your fuel system can become a large safety hazard if not addressed promptly.

Does Duramax Have a Fuel Pump In Tank?

What Year Duramax Had CP4 Problems?

If you have been around the Duramax scene, you have most likely heard of the complaints of the CP4 fuel injection pump complaints. The CP4 pump replaced the older CP3 pump, but many are converting back to the CP3 with conversion kits for the efficiency of the CP3. Duramax trucks from 2011-2016 had CP4 fuel injection pump issues. The CP3 pump was used for most 2001-2010 Duramax engines, and even some 2003-2018 Cummin diesel engines. Most failing CP4s will present problems around 100,000 miles and will usually destroy the entire fuel system. This means you will be looking at replacing most of the components in your fuel system, costing you thousands of dollars.

What Are The Symptoms Of A Fuel Problem In A Duramax?

Fuel problems can range from CP4 failure, causing catastrophic failure, to something as simple as a clogged fuel filter. Most fuel system problems are going to present themselves with hard start conditions, no start conditions, rough idle, and other drivability issues. Depending on what part of your fuel system is failing or malfunctioning, these symptoms may vary. If you are experiencing any type of drivability issue, the fuel system is a great place to start diagnosing. Leaks and visible wear can easily be found by the most novice Duramax owners, but more technical issues may need to be diagnosed by a professional.